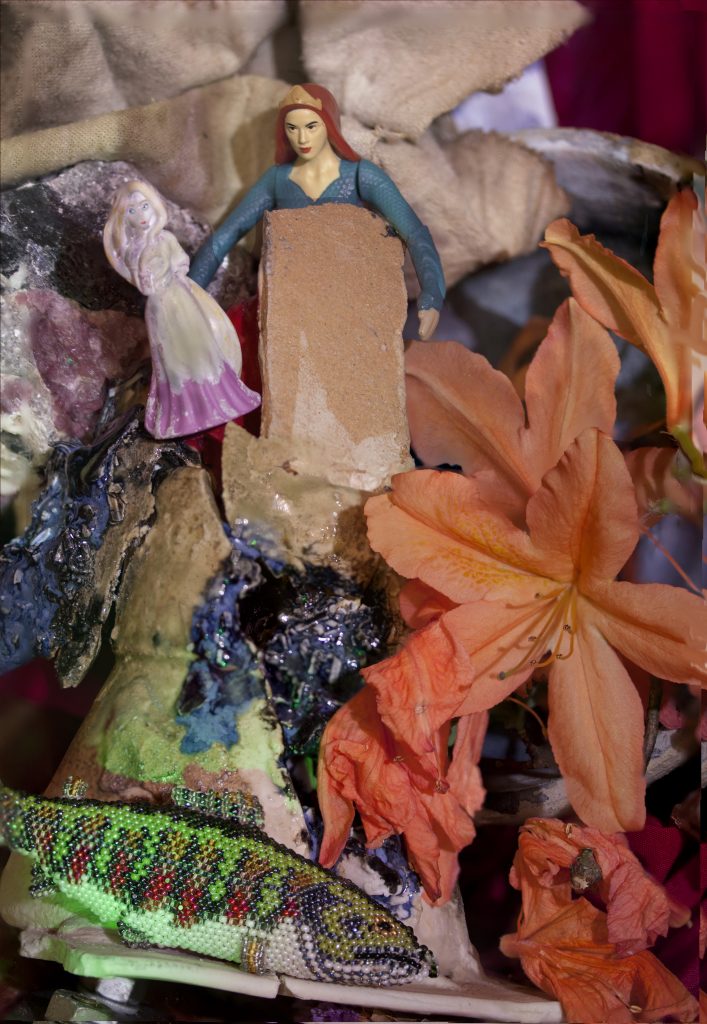 Six rockets sped towards Seattle WA USA. The good news: they missed the city. The bad news: they all landed in the bay, also one of them detonated.

Lilliana Hackett was walking her dog on a park ridge above the city. Her phone was turned off; she had not received the fifteen minute warning that screamed in millions of phones.

She heard the missiles hit the water and the explosion. Something bad had happened but she didn’t know what.

A huge water spout like a tsunami that was tilted ninety degrees rose in the air. Then it fell. Liliana was hit from above with 30 pounds of water falling at a great rate. She was knocked unconscious and her dog was killed.

When she awoke it was to intense pain. Her legs were broken, both of them. She was dizzy and sick to her stomach in addition to the searing pain. Her legs had swollen up like balloons. Even a tiny movement let her know she wasn’t going anywhere.

An EMT said “It’s Okay. Most everyone ducked and covered. There’s room at the hospital for you.” Right after that she went into darkness. Her injuries were severe enough she was put into a new kind of medically induced coma and in the midst of chaos, an over worked hospital and breakdown of law and order she stayed there. When a review came up, which was seldom, it was easier just to let her stay and get on to more pressing cases.

When she finally came to, she was still in bad shape. She remembered what had happened but asked for her dog. No one knew anything so she assumed he was dead. She was alone, more alone than she had ever been. In her mind’s eye, she was a chilled, dead tree.

Things were worse than before, bad as they had been then. That snake, Chester, her husband had told her about all the times he had cheated and stolen her money before he died. Why did he have to do that? And her daughter Corll was a chip off the old block and drunk on top of the other abusive ‘tudes. Lilliana had not spoken to her in years, and good riddance to bad rubbish.

She wasn’t well enough to leave the hospital. She did have visitors though.

“Hi. We’re here on behalf of the Armor Our Homeland Fund. You know that the Kingdom of Asnijan perpetrated the dastardly attack that has put you here. I’ll cut to the chase: To protect our homeland your country needs you to buy Armor Bonds.”

Lillian was still in a daze when she said: “How much money do I have?”

The Fund was nothing but thorough. The agents had Lilliana’s net worth to the penny, what was liquid, what was not. The agents told her.

“Oh we’re not going to take it, we’re going to invest it! Invest it!” the lead agent said the last part very loudly (could she tell what they were asking? who cares?)

Since her signature was so illegible, they video’ed her signing. She was so whacked out she waved to the phone recording her.

“Ms. Hackett is signing now”, said the agent. He was off camera.

They left her with a stack of papers that she threw away.

A day came when she was able to leave the hospital. She saw Corll.  Damn. What was that? Who was that?

Corll, clean and sober. Lilliana was a grandmother in a wheelchair. The three would live together. But they needed money.

“This is Harvey, how can I help today?” Her phone number had already called up her stats on his screen.

“Harvey I need to get money out of the Fund.”

“Liliana as you know, we were attacked. You of all people know how badly the homeland was hurt. The war goes on and on, your contribution helped us win the battle of Adiba. Don’t you want to support the troops?”

“Well yes, but I need to support my family now.”

The conversation lasted a long time. Harvey read from his scripts. Lilliana would have to hire a lawyer. Who would lose.

Corll is a superhero of sobriety. Corll’s daughter is beside her. The fund is crushing Corll.

Trout were thrown in the sky by six rockets.