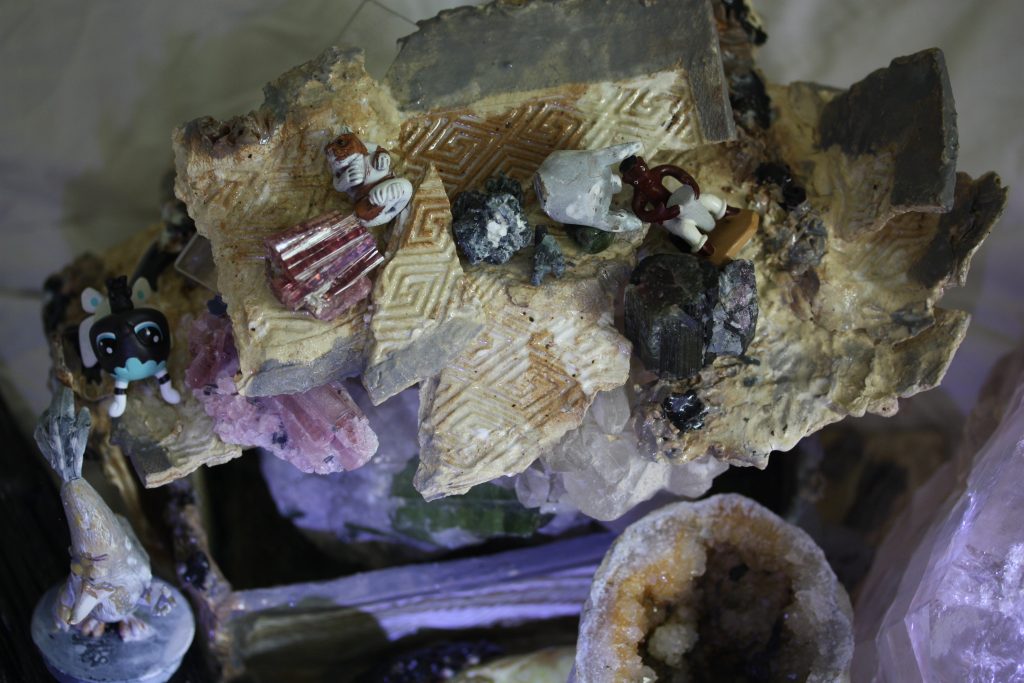 The courthouse was cracking. Metaphorically of course.

That Joel L. Bryant met Cheryl P. Amezquita at a gala charity event (name withheld at the organization’s request) is attested to by many witnesses. No one seemed to remember inviting her. A diligent search through the Name Withheld’s email and other correspondence shows nothing related to Amezquita.

The judge speaks for himself from transcript.

Bryant: I was stupidly busy.

Prosecutor Sullivan: You were busy. What did she say to you the night you met?

B: That she was a banana magnate – huge banana plantation somewhere in Central America.

S: And because this was an event that cost $1000 to attend, you believed her.

S: Tell me what happened next.

B: We were talking – you go to these things for networking – plenty of attorneys I’ll be seeing in court or chambers were there, and she seemed like a network branch I hadn’t noticed before. So I did I made an effort to chat her up – Why was she here in South Carolina, any other travel plans, that kind of thing. Then she said she had a lawsuit in another state – no conflict – that she wanted to get some advice on.

“The thing you have to understand about Joel is that he’s both quirky and professorial about his beliefs.”

B: Well I went to her hotel room, in a professional capacity of course, and she got out a fat binder, but she said “Can I put some music on?” not entirely customary but I said “Okay” and…

B: It was devil music. Drums on top of drums on top of some singing i guess you could call it singing. She was sitting next to me and got kind of closer and closer and then I wasn’t looking at the binder any more.

S: And you were intimate that night?

B: Yes may God have mercy on my soul.

“…was there some weird subconscious element [in Joel ed.]that just wanted to derail the train and get off the train?”

S: When did you start to suspect Cheryl?

B: Yeah we all now know that wasn’t her real name. I’ll bet even your office doesn’t have more than a few aliases but no way to catch up with her. She’s smart.

S: No comment. What was the next time you saw her?

B: She said that she was looking at some property here in town, would I like to go with her?

“Sure” I said. We poked around in a building that also had this thing called “wework” She explained it to me and said that we could do better, with her money and my connections in town.

“There’s a long list of bizarre things he’s done, and I can’t explain them.”

She asked me to put up $10,000 as a good faith sum to let me buy shares before it went public.

S: And you say the threatening texts started after that?

B: With….pic…pictures I’d rather not say any more – you have them.

S: What did you do next?

B: I called the number back that sent the pictures. No number. I mean the number was unavailable.

S thought: “You’re not the only one. Others hushed up but you so stupid. Don’t call us we’ll call you.”

S: “Thank you I think that’s all we need. Don’t leave town.”

“Bryant states: “Maybe there will be another chapter when waters calm with Adele [his wife ed.], but at this point the environment is not conducive to building anything given no one would want to be caught in the middle of what’s now happening.”

His performance reviews at Home Depot have been excellent for three years running. Doesn’t miss court at all.

The banana looks away out of shame. This was not the way the banana wanted to be known for.

Nash is in the rubble somewhere. He doesn’t want you to see him. Not after the pix went public. Did Adele do that perhaps?

She thinks she will get a better settlement in the divorce.

Devil music is being played by the drummer. Cats are dancing.