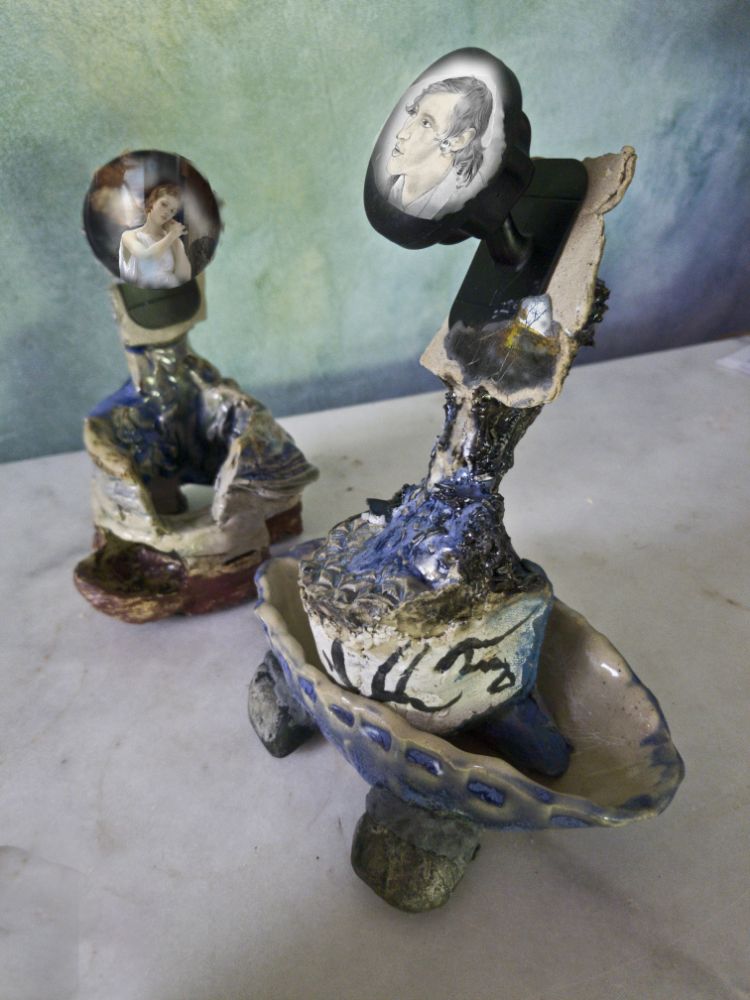 Marlow Wessex had never been on a space-ship before. He was an anthropologist, not an exo-anthropologist. Still, one had to be flexible depending on one’s bank account balance. The mysterious voice on the other end of his wristradio had proved genuine. His balance had jumped in precisely the exact amount that the voice had promised. His ticket had arrived by pneumatic tube the next day.

Included in the envelope was (also as promised) the task he was expected to do. There was a certain object the voice desired.

Dame Minax Margatroid recognized the type. A Pithicene, hairless except for the head. The Pithicenes were close approximations of the Stellulopes. In a dark alley one could be fooled. This one, a male was pointing one of the wands they carried and quasi-intellible Stellulope audio was emitted.

“But I am a user. I knew my people and came to earth. I hope to look again if you want to know more.”


What he said:
“Hullo I’m an anthropologist. I come in peace to study your people. I hope to learn much and also teach much if you wish it.”

Sigh, she thought. He didn’t have enough money to buy a decent wand. Aside from the space-ship troopers and their leaders most Pithicenes couldn’t afford the upgrade to Stellulope. But she had been assigned to him, to keep him out of (ahem) “trouble” and to keep the Stell from offending the space-ship troopers. That had been an unmitigated disaster until the Pith’s were able to create good wands.

She knew better than to say anything complicated. “Come with me. I’ll take you on a tour and you can try and tell me what you are after.”

He heard: “Back, I will take you to the suburbs and you can try to tell me what you are passing by.”

They walked through the bazaar where they saw the berryquats, pinecados, pequince, the usual. She knew better than to take him through the animal flesh area. Instead they walked through the fabric section. Beautiful crown of life that looked like glass if glass ran with all shades of indigo, fish of the sea, a lighter but iridescent blue, berean-breathed linen a cloth that changed depending on the wearers mood. Pithicenes were usually impressed with this mundane stuff.

They usually said something like that. They kept walking through the Stellulope town named Benjo.

He heard: “Do you like a cow?” They briefing book he had read on the way had warned him that Stellu’s often said enigmatic things and he had been advised to never show surprise. According to the book, Stellu’s did not have the emotion of surprise or disgust.

“Yes my father had a farm with cows chickens pigs and goats. I spent many happy summers there.”

“Yes, my father is the cats and the goats. I shouted there.”

The Stellulope race had been quite stealthy. Not only did they have the emotions of surprise and disgust. but the anatomy books they had given to humans were wrong in one crucial detail. Stellulopes did not have constricted ear openings. They are all connected to the interdigifleet, the compendium of all Stellulope knowledge. Like all intelligent species’ wikis about 10 percent of that knowledge was true and useful. Another 20 percent was true and not useful (boring). The other 70 percent was of course untrue and not useful.

Dame Margatroid had him (the pithicene that is) checked out. He had no government or military connections. He did seem to be 100 percent academic with little to show for it. No family. Few friends on veneerbook, no other notable social media. He was perfect.

They were now passing a temple. Marlow’s interest was piqued.

Marlow was subtly apprehended at the door. The guys were suave and Marlow was guileless. A good combination to avoid a noticeable fracas. Before he knew it Marlow was tied up under the most gigantic glass lens he had ever seen. The sun was bright and even the dimmest bulb could figure out heat was about to play a leading role in Marlow’s life.

From doorways around the sunroom a few priests (there is hardly a culture where the priests are hard to recognize) started advancing. The sun crept across the sky. A bead of light formed on the floor and was traveling along with the sun in the sky. Then Marlow noticed there was a desholiri, a small rodent like animal – TIED UP just like we was.

The sun’s focused light touched the desholiri. It screamed like a trumpet whining through a catacomb. Liquid dripped from the arms of the beast into small chalices. The priests approached and drank. Then they sang the universal song of delight, god curse their dirty souls. Marlow was next.

As the sun moved in one direction a curious shadow moved the opposite way. As the sun grew brighter the shadow grew bigger. Just as the beam of light was about to start sending Marlow into shrill agony the sun was eclipsed!

In the utter darkness Marlow felt his bonds being slit. “Quiet, and run like you’ve been struck by thumder”. M saw that his benefactor was human! As much as M admired the Pinkertons, this was a touchstone not be be believed.

In the briefing room aboard the space-ship his wonder increased. The whole Stellulope scheme was even now being broken up by InterPlanetary Patrol. The ‘eclipse’ was one of the space-ship’s lightsails adroitly maneuvered into place. Timing is not everything, it is the only thing.

Here’s Marlow and Dame Minax. She looks quite human don’t you think? And he, such a long haired poetic visage! Perhaps before or even during his anthropology career he also versifies

Although it is not in Stellulope, the writing at the bottom of Marlow’s wand does contain the word ‘free’. Perhaps even the voice from his wristradio was from the InterPlanetary Patrol.

Ah! the green and blue sky of the Planet of the Stellulopes.