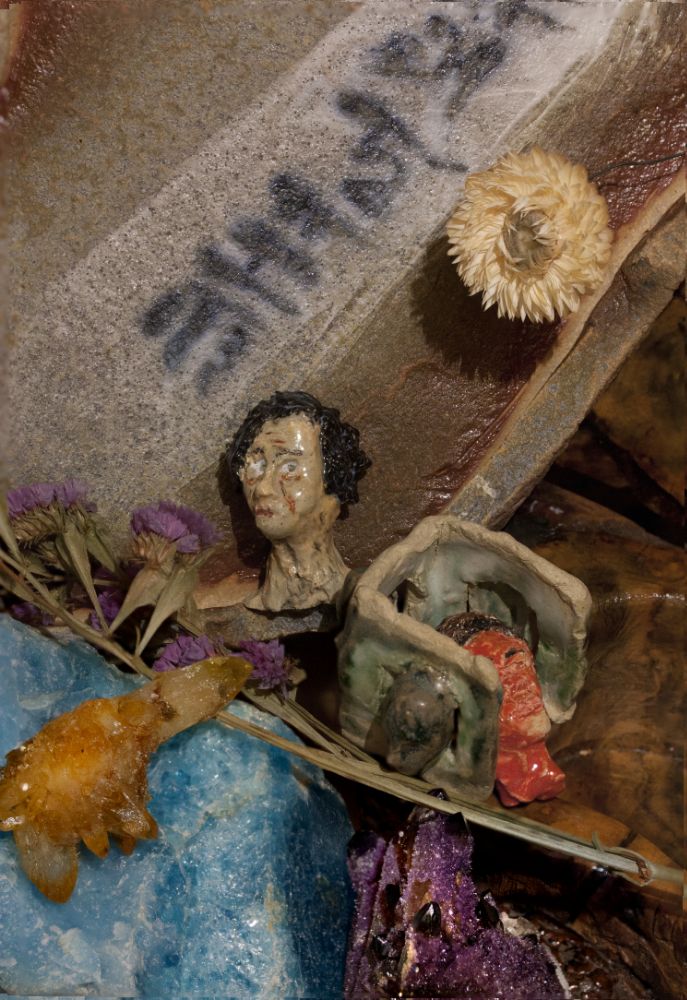 She needed a private eye. Susie knew how ridiculous that sounded. She’d never gone to the police. The diamond ring had been gone for years now. But Susie missed it because Richard had died a month ago.

Lucy and Susie were having lunch.

“Do you know what my Cara is doing now?” said Lucy.

“Still sober. So proud of her.”

“That’s such a comfort. I know you went through hell.”

“I can tell you,” said Lucy “the worst was a day when we both went into the bathroom and she was using – shooting up! in the stall next to me. I just sobbed.”

“Has she had any cases yet?”

Later that day Susie was surprised by a call from a city detective.

After the polite preliminaries the detective got down to business.

“We’ve had a jailhouse confession. A prisoner has told us that he had been in possession of a ring worth quite a bit of money and he told us your name. Do you know anything about a valuable ring you believed lost or stolen?”

“No detective I can’t say that I do.”

“We thought it was odd too, but we have to follow up. I’m sure you understand.”

“This is your mother’s friend Susie. Would you work on a cold case?”

Many years before, Richard was talking to a coworker. He was soon to propose to Susie.

“Hey I know you’re gonna get hitched. I dun ya a favor.”

John then pulled a diamond ring out of his pocket.

“Jeez John I can’t afford that!”

“I’m offerin it to ya with a five finger discount.” He laughed.

“Let’s just say I know a guy who knows a guy what owes me.”

So Susie had a diamond wedding ring. She knew Richard could not have afforded it. Most of the time she wore only her engagement band. She made up some excuse for the few people who asked. Soon enough it was just a given that she didn’t wear a wedding ring. It was just a quirk of hers.

A lot of the time it sat next to the sink as if Susie had absentmindedly left it there as she washed.

Cara was in Susie and Richard’s kitchen. She thought of it as Denise’s kitchen though. Denise was cool. But not cool enough to do heroin yet. She’ll get there thought Cara.

Cara felt ‘nice’. If you were one of the in crowd you knew what she meant. In addition to regular adolescent acne she scratched her skin a lot leaving red welts. She was popular none the less. She hadn’t started dealing yet. She would in a few months. But right now lack of money was starting to get in the way of feeling nice. Which she deserved to feel.

She saw the ring. It would buy a lot she thought. She hadn’t yet experienced the steep discount buyers of stolen merch faced. She was overly optimistic concerning how much a diamond ring would fetch.

But fetch the ring she did. Cara wasn’t too careful because she was high. Denise couldn’t even comprehend that Cara would do such a thing so it was invisible to her.

Cara made her excuses and left.

Later Cara was with friends. She was drinking which she seldom did. Drinking on top of everything else usually made her puke. But hey they were drinking so she did.

“Huh. Are you getting married?”

“No stupid, I’m going to score a load and you know sisters share.”

“I didn’t even need to break in nowhere. It was Denise’s house….”

“I did. Denise’s mom never wears it. It’ll be weeks before she notices. Maybe it went down the sink!”

All of them laughed. They hoped she was not fibbing about sharing.

At a seedy motel Cara was meeting her ‘man’. Brad had a new supply.

“Hey howsabout I trade you this ring?”

“Shit this is a real diamond. Big huh?”

“Do I look like a jewelry shop? Okay two.”

By now Cara was starting to get itchy. She scratched. It wasn’t as bad as when the family had dragged her to the shore and she couldn’t score there. She  would feel like that soon enough.

“Okay but you’re an asshole.”

“Take it or leave it. Throw in a blow job and I’ll make it three.”

“Two for now.” Cara mimed a kiss. You never knew when the trade he was offering would come in handy. Handy! Ha?

“What am I gonna do with this ring?” said Brad.

“You know who Cara stole it from?”

“Susan Sofar. Lives on Riverton next to the Walgreens.”

He didn’t. He and the ring ended up in the river. Neither was ever found.

Susie and Cara were sitting at a table next to where Lucy and revealed Cara’s new job.

“So Cara what do you think about being a …private…investigator?”

“Su..Susie you would be my first case. Thank you for trusting me. After we finish with your business you must tell me about Denise.”

Cara hoped her blush was not visible from a mile away. She felt almost as bad in the pit of her stomach as the night she had been tied to a bed in rehab. She hoped she wouldn’t retch and throw up.

Susie had given her the detective’s name. Cara called him because Susie expected her to, not because she wanted to.

“Yeah uh I’m Cara Sanders. I’m an investigator Idaho badge number 4673. I’m following up on a call you made to Mrs. Sofer about an inmate’s testimony.”

“We’d like to get to the bottom of this. Could you come in?”

Cara was surprised at the station when the detective took her right in to the interrogation room. In it was Steve, older and much the worse for wear. He was handcuffed to a chair.

“Cara! Did they catch you?”

“Uh no. I’m a private investigator.” She hoped again that she wasn’t blushing like a red neon sign.

The detective intervened. “Do you know this man?”

Well he obviously knows my name, so I can’t outright lie she thought.

“Steve knows me.” She looked at him as though she was shooting a laser etching the words ‘shut up’ on his forehead and hoped he would take the hint.

“Remember boss? You said I could get some time off for good behavior? She’s the thief.”

This can’t be happening to me/can’t be/can’t be Cara thought. Like some dopey echo in a telenovela.

The detective grabbed Steve and slammed his head down on the table.

“You stupid shit why you waste my time? You gonna be sorry.”

“No no! Boss she’s a junkie too! Just like me!” Steve managed to get this out from the side of his mouth.

“There wasn’t a ring you just wasting my time.”

At this point Cara could have said something but she had a new life now and she didn’t.

Susie is sad and Cara is red faced.